The tool is pre-filled with example data based on the reliability block diagram shown below. Click the Calculate button for an example simulation. The tool simulates the failure and repair process for different units, each with an independent failure and repair distribution, using discrete event simulation (Monte Carlo) techniques. It allows for a user defined "watch list" of failure events that result in a "critical" failure. Uses include:

1. Estimating system mean time between critical failure (MTBCF) for a system consisting of units with different failure and repair scenarios.
2. Estimating system operational availability (Ao).
3. Providing graphical visualizations of the overall failure and repair process for individual units, as well as a system of units operating together.
4. Estimating spare part requirements and the impact of different maintenance policies, such as local versus remote spare parts, on Ao and MTBCF.
5. Other custom off-line analyses using the export to Microsoft Excel feature. These can include generating pivot tables of spare part usage and associating cost metrics with failure and repair counts.

The calculation inputs below are prefilled with example data for a hypothetical "system", with a "mission" reliability block diagram (RBD) model as shown below. Fault tolerance exists as shown in the RBD and specified by input #2 below. Only critical failures are assumed to cause system unavailability.

The underlying discrete event simulation engine is SimPy (Simulation in Python); which is an object-oriented, process-based discrete-event simulation language for the Python programming language. See references 1-3 for additional details on SimPy, along with reference 7 for information on the underlying random number generator used. 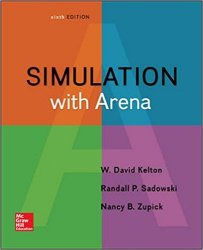